Ontario native Naomi Ganpo-Nkwenkwa ’22 made some observations when she arrived on campus in 2018. The biology major noticed that Lafayette had certain student groups for persons of color in STEM and other groups for women in STEM, but there wasn’t a group that addressed intersectionalities in the field—specifically, an organization that supported Black women and queer people in STEM. 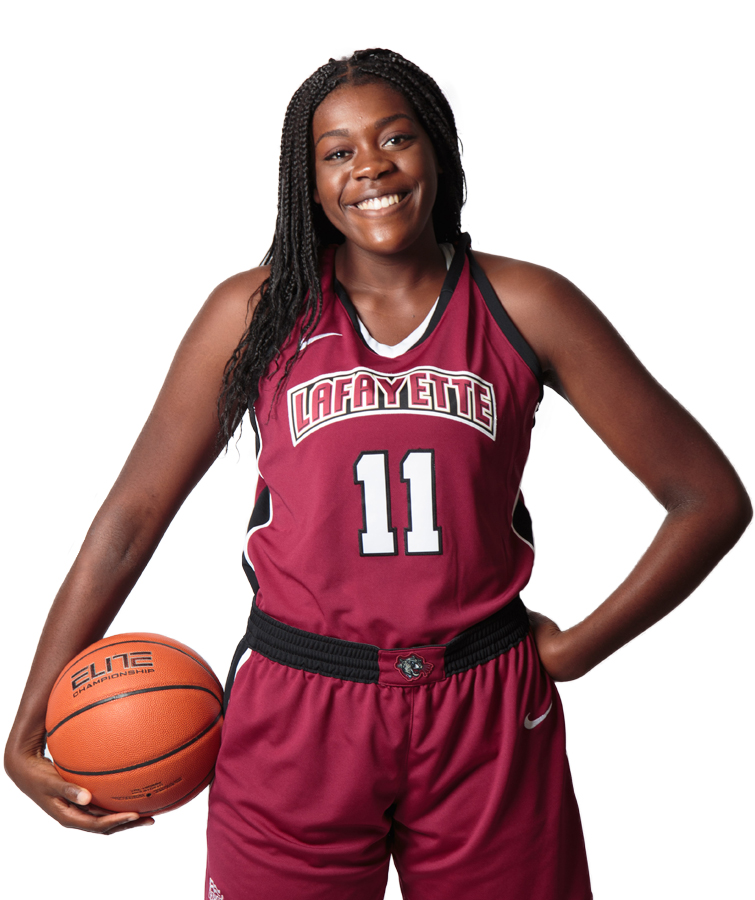 She had time to really reflect on this need when she went back home to Toronto during the pandemic. “Sometimes you don’t feel comfortable sharing in a space that only explores one side of your identity,” explains Ganpo. When she returned to campus, in July 2020, she was inspired to launch Cocoa Talks alongside medical scientist Savanna Touré ’21 to create a new community in STEM. Their mission was straightforward: lift up these multiple-minority students through emotional support. During most gatherings, there were five to 10 students in attendance—the small size, says Ganpo, is a testament to exactly why this type of help is needed. “It’s the sad reality that there are not a lot of us,” she says. “Cocoa Talks allows us to see familiar faces while we’re walking around campus and know other people going through similar situations.” Meetings continued on a monthly basis for the next two years.

Early on, Ganpo expanded the Cocoa Talks network by reaching out to Lafayette alumni who might be able to relate to these students and be guest speakers at meetings. In order to do this, she requested a list from Gateway Career Center of Black females working in STEM, which ranged from engineering to computer science, and contacted every single one of them. “They can give us advice and share their stories,” says Ganpo, adding that she was hoping it also might lead to future career opportunities for students. The first alumni panel happened in September 2020 (over Zoom), and the group discussed everything from what resources were available at school to personal details about their individual experiences as a student.

Unique Andres ’15, a fourth-year medical student, is one of the alums who is active with Cocoa Talks. She explains that it’s hard being a Black woman in STEM, but joining forces with each other can make it less difficult. “We can all have a seat at the table,” Andres says. Her biggest piece of advice? Don’t sell yourself short. Instead, embrace what you’ve earned. In that same spirit, she tells students to be confident and make their voices heard. Finally, she reminds students about the importance of making time to relax, take breaks, and have some fun because, after all, STEM is hard. “It’s an arduous journey no matter what you end up doing,” Andres says.

Ultimately, the way that Ganpo knows that Cocoa Talks is working as a support group is when she sees students continue to come to meetings. “It’s rewarding to see people’s progressions,” Ganpo says. By the end of the two years, for example, Ganpo became a mentor to a younger student: The two would get coffee, simply to check in with each other, and she’d help the pre-med student with her prep classes.

Around the same time that Ganpo started Cocoa Talks, she co-founded the Dear Lafayette College Coalition, which also helps underrepresented communities. The coalition organizes students who want to eradicate systemic racism and institutional oppression; its goal is to promote equity on campus—be it racial, social, or educational. (Oftentimes, Cocoa Talks meetings were held at the Dear Lafayette College Coalition House, where Ganpo lived.)

During that experience, Ganpo learned what it takes to implement change in the world, from providing a list of attainable demands to being patient with how long a process might take to see progress. In just two years, the coalition was able to carry out several improvements on campus. For example, cultural competency training became mandatory for more clubs. Also, minimum wage for student jobs increased by about a dollar. And, finally, Lafayette’s housing tiers were restructured by reducing the options from five to three, which makes amenities more accessible. “You can see how inequitable it is for people who can’t afford it,” Ganpo says. Eventually, the housing tier goal will be two.

Ganpo, now 21, credits her time with Lafayette’s women’s basketball team, where she played as a forward, with how she honed her time management and work ethic to accomplish so much as a student on campus. “Basketball helped me form those habits where I had my schedule on a tee,” she says about the jam-packed schedule. “It’s very hard not to apply what you learn on the court in your personal life.”

Her discipline showed in the classroom as well: In addition to receiving a full academic scholarship through basketball, the Tri-Beta Scholar was a member of the Patriot League Academic Honor Roll for four consecutive years. What’s more, Ganpo made time to share what she learned by volunteering as a peer tutor at the Academic Resource Hub, where she mentored first-year student-athletes.

In addition to having built-in support from the basketball program, Ganpo received guidance from Lafayette’s Biology Department, specifically, through assistant biology professor Khadijah Mitchell, who helped Ganpo establish Cocoa Talks as an official LEADERS group, and Prof. Elaine Reynolds, whom she got to know well through several classes and her lab. “They were crucial to my development here,” Ganpo says.

Now that she’s graduated, Ganpo has her sights on becoming a physician. She spent this summer interning at Cooper Medical School of Rowan University in Camden, N.J.; the six-week academic enrichment program helps underrepresented people in medicine gain exposure to the medical field, whether that’s taking an anatomy class or learning through different physician seminars.

After she acquires even more experience in the field, Ganpo is looking forward to sharing her expertise with current students at Lafayette and being a mentor for them. In other words, she’s excited to be on the other side of the Cocoa Talks discussion. “What we really want is for us, especially now as alumni, to keep on going with that connection,” Ganpo says.

To learn how you can become involved in Cocoa Talks, contact Solape Fakorede ’23 or Madison Pompy ’24 at Lafayette.